The Florida Aquarium is a 501(c)(3) not-for-profit organization, publicly operated institution located in Tampa, Florida, United States. It is a large scale, 250,000-square-foot (23,000 m2) aquarium and is accredited by the Association of Zoos and Aquariums. This means they are a leader in conservation and education, supporting programs for wildlife and having a strong educational component in the forms of summer camps, school trips, etc. The facility is home to more than 7,000 aquatic plants and animals from Florida and all over the world. The facility is located in the Channel District of Downtown Tampa. The Florida Aquarium opened in March 1995 as a privately funded entity and became a public-private partnership when the city of Tampa assumed responsibility for its debt in 1999. On April 18, 2012, the AIA's Florida Chapter placed the Florida Aquarium on its list of Florida Architecture: 100 Years 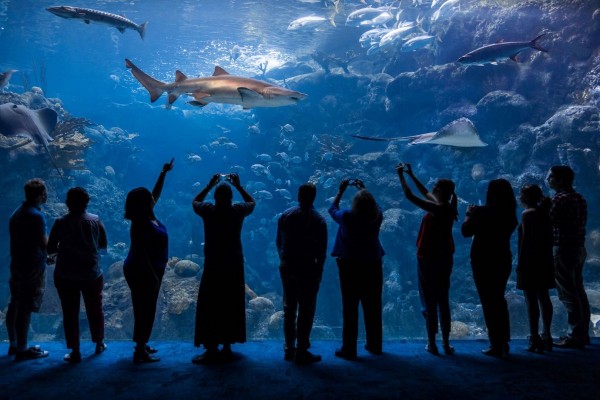